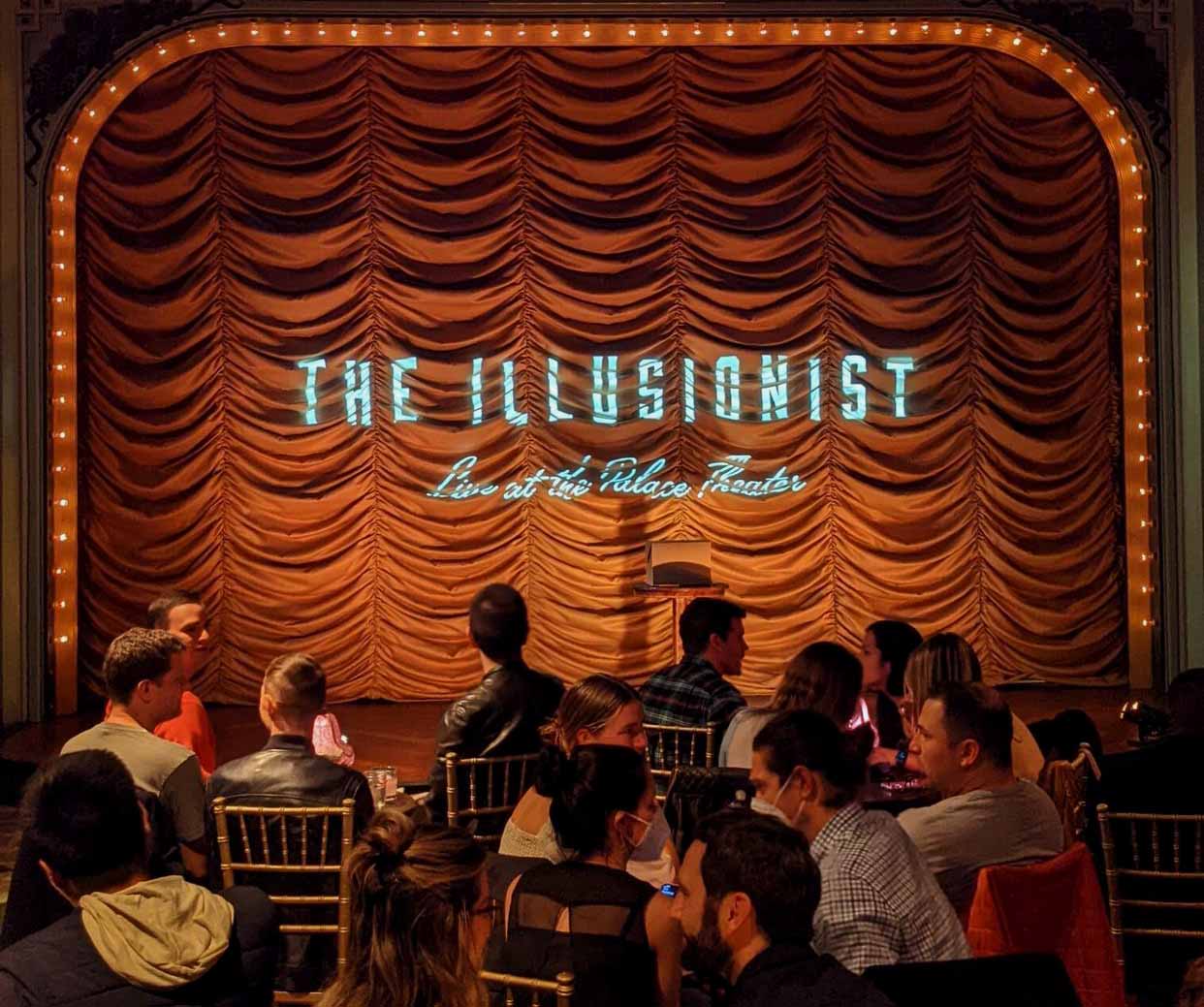 The Illusionist Reopens to Fanfare at The Palace Theater

SAN FRANCISCO, CA, March 3, 2022 – The Illusionist at the Palace Theater reopened last weekend with three sold out, standing ovation performances. For those lucky enough to grab tickets, it surely was a weekend to remember.

Speaking of tickets, they are vanishing in a puff of smoke! Within 24 hours, the first 20 shows sold out. Unlike last year’s limited engagement, there is no official closing date for the show, which is running Thursdays, Fridays, and select Saturdays at the Palace Theater in San Francisco’s historic North Beach district.

“I’m thrilled that we’re able to bring The Illusionist back to the Palace Theater,” said producer, Geoff Libby. “The audience reaction to the shows this weekend was amazing. It’s clear that San Francisco audiences need something magical right now. We’re looking forward to the rest of the run succeeding and we hope to be able to keep the magic alive for years to come.”

The star of the show, the Illusionist Kevin Blake, is also thrilled. “This is such a great way to come back to San Francisco,” said Blake. “I’m so glad that audiences have responded so well. It’s really a dream come true.”

Blake will be back at the Palace Theater weekly Thursdays-Saturdays.

The Illusionist is the story of magic, mystery, secrets, and sleight of hand. This spellbinding new production has been remounted for a limited engagement of only 30 performances.

Tickets can be found at https://sanfranciscomagicshow.com/tickets